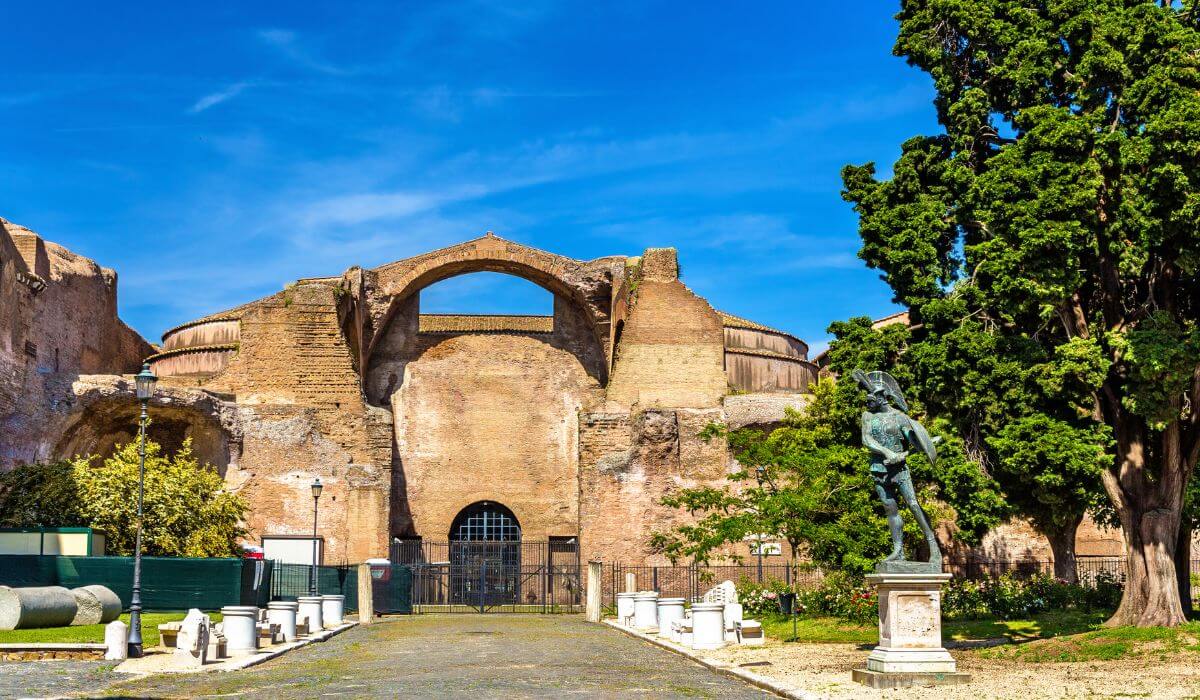 National Museum Rome, formerly known as the Archaeological Museum of Rome, was established in 1889.

The earliest location of this museum was in the Santa Maria Degli Angeli monastery complex, which is now part of the Diocletian Baths complex.

These new locations include:

The majority of the National Museum Rome collections are artifacts that were discovered in Rome in the early years of 1870.

The History of the National Museum in Rome

The National Roman Museum is a collection of museums in Rome divided into four sections that are divided throughout the city.

During the unification of Italy, it was established in 1889 and opened a year later with the goal of gathering artifacts from the fifth century B.C. to the third century A.D.

This museum’s foundation was laid by the archaeological holdings of the Kircherian Museum, to which a number of finds were made in Rome during the city's planning as the new capital of the Italian Kingdom was later added.

The Ludovisi Collection and the significant national collection of antique sculptures were donated to the National Museum Rome by the Italian State in 1901.

The National Museum Rome is still headquartered in the cloister that Michelangelo constructed in the sixteenth century as part of the Diocletian hot springs.

The buildings were repurposed for the 1911 Exposition and were completed in 1930.

In 1990, the collections were then divided into four branches:

The Museum National Rome comprises 4 different locations, each of which has some of the most impressive and ancient sculptures, paintings, and other items from Roman history.

The important facts for each of the four locations are listed below.

Massimiliano Missaimo was the architect of the Palazzo Massimo Alle Terme section of the National Museum Rome.

It comprises a former villa from the sixteenth century that was built amidst the other sections of the museum.

The Palazzo Massimo alle Terme, which was initially constructed for academic purposes and had some part of it used as a military hospital during the period of World War 2, was then opened as one of the museum's components in 1995.

Then in 1998, the full refurbishment of the museum was completed.

Roman sculptures are primarily on display on the ground floor and first floor, while a sizable collection of Roman coins can be found in the basement.

Floor two, with its old pieces and exquisite mosaics, is the most stunning part of this museum.

The imperial, late empire, and republican sculptures are among the attractions that can be viewed inside the edifice.

The sixteenth-century Palazzo Altemps is located near the Campo Marzio, just north of Piazza Navona.

This section of the National Roman Museum has a branch in the former Roman palace. Since 1997, the museum has displayed an amazing collection of ancient Roman statues, unquestionably one of the best in Rome.

The structure itself is a delight to behold, having a magnificent loggia with painted walls. One of the first significant works on display is on the ground floor.

Among them are the well-known statues of Emperor Antonius Pius, Goddess Athena, and Dionysus with satyr and panther. In addition, there is a one-of-a-kind yellow marble statue of a Dacian.

That is the most well-known of the statues that previously decorated the Ciriaco Mattei Villa.

It was established in 1981 and is located near Rome's city center.

Crypta Balbi is made up of a basement, ground floor, and first floor, all of which are designed with one-of-a-kind authentic archaeological components.

It was commissioned by Lucius Cornelius Balbus. The theater was partially damaged and hidden by various structures until excavation began in 1981, and the Crypt was transferred to the National Museum Rome twenty years later.

Visitors can observe an exhibition of artifacts developed between the Middle Ages on the upper floor, which depicts the lifestyle of old Roman inhabitants.

Emperor Diocletian ordered the construction of the Baths of Diocletian in 305 AD.

They are quite enormous, with a capacity of nearly 3,000 people. Actually, it is the largest bath facility in Ancient Rome. Close to the bath archaeological site, you may see Michelangelo's XVIth century cloister.

The structure occupied a 13-hectare parcel of land and contained:

To honor the Christians who died there, Pope Pius IV commissioned Michelangelo to erect the Basilica of Santa Maria Degli Angeli beside the baths in 1561.

The Baths of Diocletian reopened to the public in 2008, after 30 years of restoration, and integrated as part of the National Museum Rome.

The uncovered part of the baths features a cloister garden with almost 400 collections of art on exhibition, including statues, sarcophagi, and reliefs.

Top Attractions in the Area

The Navona Square, which was once the site of several sporting events and contests of various kinds, is a short distance from the Palazzo Altemps National museum Rome and now serves as a gathering place for portrait painters, street artists, and painters of various genres.

Additionally, close by is Rome's most prominent area, where the Pantheon is a gem embedded among the buildings.

Tip – Campo de Fiori, a square in Rome's Parione area and one of the most well-known nightlife destinations for young people, both domestically and internationally, must be included in any tour of the city.

The Altar of the Patria is a national monument in Rome's Piazza Venezia, which is a short distance from this square.

Nice Places to Eat Nearby

With views of the Colosseum and ancient Rome, Aroma is a Michelin-starred restaurant.

The Palazzo Manfredi Hotel's rooftop is where it is situated. Enjoy mouthwatering cuisine, exquisite wine, and stunning views of Palatine Hill, Roman Forum, and Flavian Amphitheater.

As the largest gladiator training facility in Rome, the Ludus Magnus remains can also be seen. Undoubtedly, it ranks among the top eateries in Rome, including those close to the Colosseum.

A lifetime of memories can be had, and first-class service is to be expected.

If you're looking for delicious al dente pasta meals, fresh salads, and pizza made in the tradition of Rome, go over to Luzzi.

Making a reservation at Luzzi is a smart idea to avoid disappointment because the restaurant is well-liked and can get busy.

Visit Aromaticus Monti if you're searching for a restaurant in the area that welcomes vegetarians and vegans.

Located in the Monti area, a 10-minute walk from the Colosseum, it is a hybrid of a healthy dining establishment and a horticultural supply store.

Salads, soups, black rice, couscous, fruit drinks, and bio beer are all available on the menu. This restaurant is great for vegans and vegetarians.

We suggest you visit the official website or check out this affordable tour to access Palazzo Massimo, Altemps, Crypta Balbi, and Baths of Diocletian. Plus, you will see political headquarters, Doria Pamphilj Gallery, Palazzo Chigi, and many more wonderful places.

Feel free to visit the museums from Tuesday to Sunday (from 11.00 am to 6 pm). Also, keep in mind museums are closed on Monday, January 1st, May 1st, and December 25th.

The interactive map below makes it simple to navigate the city by pinpointing all of the locations of the National Museum of Rome's sites and their surroundings.

How long to spend at National Museum of Rome?

Depending on the goal for your visit and your degree of interest, a single tour could last up to two hours.

Is the National Museum of Rome air-conditioned?

Yes, there is air conditioning in the galleries.

Is the National Museum of Rome accessible for people with disabilities?

Yes. There are special entrances for physically challenged individuals.

Is the National Roman museum free to visit?

Every day, excluding Monday, December 25, January 1, and days with free entry, reservations are not accepted on these days.

The Roman National Museum was founded to gather, improve, and preserve Rome's cultural heritage, to develop and promote historical artifacts, and to foster a sense of historical continuity into the future.

This exceptional museum has been divided into four sections at various locations throughout Rome to house all the various artifacts and rich historical items it has to share with the world.